My real introduction to game development was through the Complete Unity Developer Course by Gamedev.tv on Udemy. The third module in this course covered the development of a simple space shooter. By this point, I had begun to experiment with mobile deployment for Android in Unity.

Porting this simple space-shooter over to Unity gave me the idea that it would be pretty neat to do a head-to-head style shooter with each player holding one end of the phone. 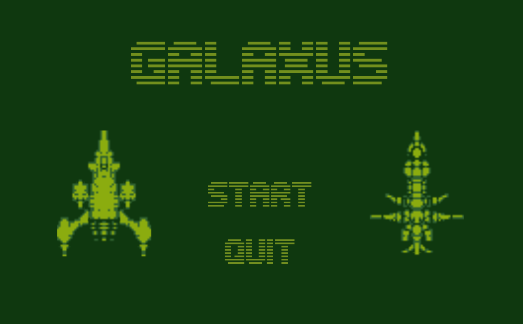 The development of the game into a full application was pretty straightforward. It took me about a month from deciding to do it, to submitting it to the app store. A lot of the time was spent wrestling with some UI stuff I didn't totally understand, squashing some weird bugs that popped up in testing, and correcting design flaws.

In the first iteration of the game, the player could shoot an infinite number of times. This created what I called a 'fire column' where one player could spam the fire button and make it impossible for the other player to move over and line up a shot. I fixed this by giving the player a fixed number of 'shots' before they had to reload by tapping the screen. 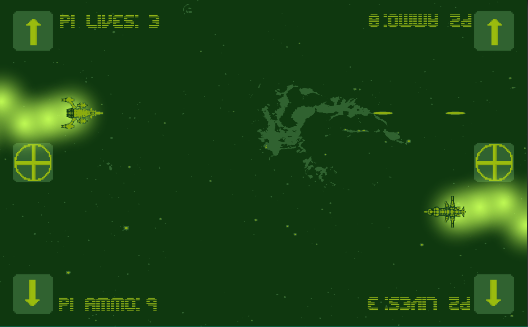 Galaxus was the first app I had submitted to the Google Play Store. I found the process to be simple and painless. I paid the modest $35 fee to purchase a developer account and I was in.

I got some good feedback, though the game wasn't widely played. Anyone who has worked in the mobile game market, especially during the boom, knows that it's basically impossible to get any organic looks on your apps. The only alternative to proper marketing is effectively waiting for lightning to strike you.

You can play the game here.